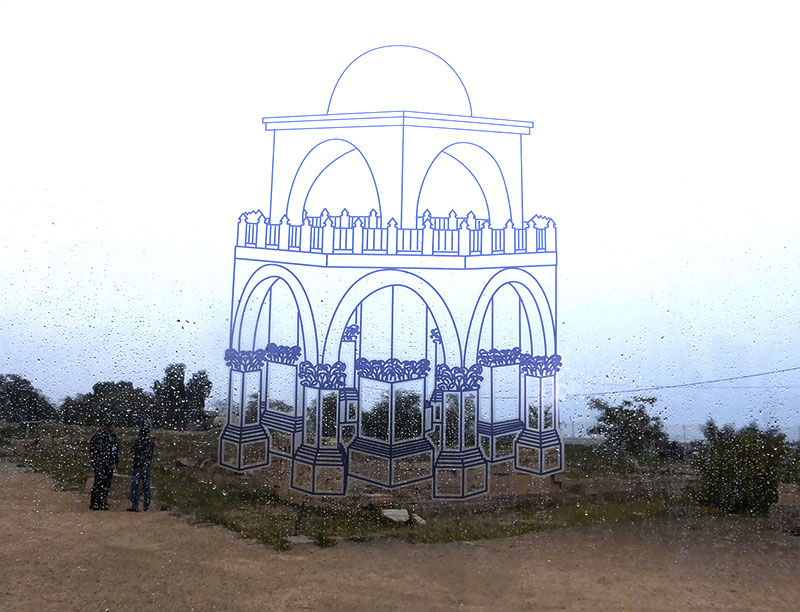 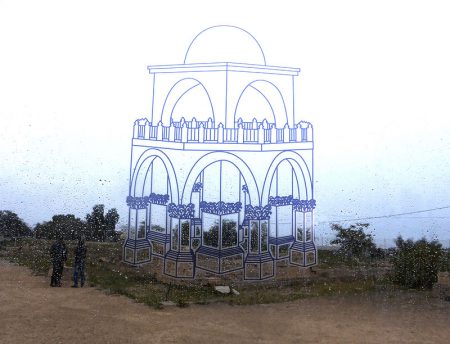 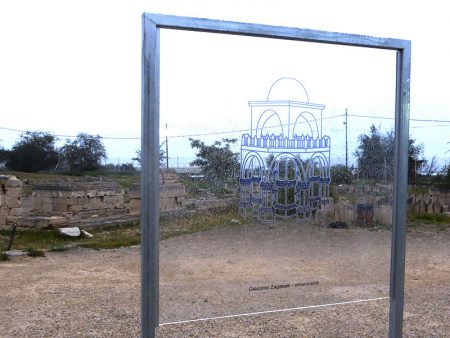 An intervention designed for Hisham's Palace, an archeological site of the eighth century once belonged to the Umayyad dynasty, to show to the observer both the current state of the ruin and the original aspect that it had. The work is focused on the fountain of palace